Flu is a contagious virus whose symptoms are similar to the common cold accompanied with fever, soreness in muscle, nausea, vomiting, headache, and other diseases. It is also called influenza. Flu imparts a bad feeling to you, along with the symptoms. It generally lasts for five days, but it may last more than that. Sometimes weakness stays in your body even after the flu is gone. Children suffer from high fever as compared to fever in adults.

Differentiating between common cold and flu

People often get confused to differentiate between the symptoms of common cold and flu. To be clear with their symptoms, cold is a respiratory infection that imparts mild weakness and fever. In the case of flu, fever is accompanied by body ache and weakness, which will last for five days to weeks. People suffering from the flu pose risk in developing pneumonia, sinus, bronchitis, and sometimes they have to get hospitalized to cure the flu.

It is contagious and you have a chance to get the flu if you ingest the virus via air which is contaminated by the sneeze or cough of the flu patient as well as by the virus itself. You also get it if you touch the surface where the sneeze and cough droplets of the patient had fallen.

The influenza virus is responsible for the flu. This virus is classified into three types, type A, type B, and type C. Type A and B are responsible for seasonal outbreaks,  however, type C has mild symptoms. Type A virus affects the animals, whereas only type B viruses affect people.

Flu generally happens in winter as the majority of people prefer to stay indoors and close to each other. The influenza virus lives longer in less humid air, which is mostly indoors in the house. It is generally ingested by air.

Since it’s highly contagious, it needs to be treated as soon as possible. There are certain natural remedies to alleviate the flu. Let’s discuss each one of them.

READ  How to Stay Fit and Healthy In Summer

It is important you keep yourself hydrated as it keeps your throats and nose moist and helps in eliminating the mucus buildup in these areas. It is also important to keep your body hydrated in case of diarrhea and vomiting, which are the symptoms of flu. To know if you have drunk enough water, check the color of your urine as well as count the number of times you are urinating. The more you urinate better the hydration and in case of urine color, it must be clear or partially yellow in color.

It is important you get enough rest to your body as good sleep strengthens your immune system and helps your body to fight with the flu virus.

Oseltamivir herb has antiviral and antibacterial properties that are effective against the flu virus. Green leafy teas also help in fighting the flu virus due to its antioxidant content and germ fighting ability.

Essential oil, such as tea tree oil is efficient in fighting the flu virus. It stops the multiplication of the virus, which minimizes the impact of the virus on the body. It is best if you take this oil within 2 hrs after you are diagnosed with the flu. It can be ingested in the form of a diluted solution by mixing it with carrier oils such as coconut and jojoba oils. It can also be used by mixing a few drops of it on your hand wash.

Apart from tea tree oil, other essential oils such as cinnamon oil, peppermint oil, eucalyptus oil, geranium oil, lemon oil, thyme oil, and oregano oil can also be used. All of them have antibiotic and antiviral properties. But make sure these oils cannot be used or ingested directly.

Apart from such natural remedies, you also need to change your diet plan in order to get cured soon. Here we will discuss certain foods to cure the flu.

READ  Ways How Yoga Will Improve Your Health

Having a warm chicken broth helps in breaking up the nose and sinus congestion. It is rich in sodium and potassium, which helps in immune cells build up and strengthens the immune system.

Zinc helps in the development of white blood cells in your body. White blood cells help in fighting off the various diseases that attack your body. As per the research, zinc also helps in fighting the various symptoms of the flu. It doesn’t let the flu virus multiply and fights with it effectively. Foods that are rich in zinc are red meat, shellfish, lentils, chickpeas, beans, nuts, seeds, dairy, and eggs.

It is important to limit your food intake in order to put less stress on your weak digestive system. Flu imparts various indigestion problems such as vomiting, nausea, diarrhea, etc. Such disease needs healthy and less food intake to get cured soon.

What Does a Chiropractor Do?

Are you tired of body pain and improper nutrition? Get Nutrition and Chiropractic for better health 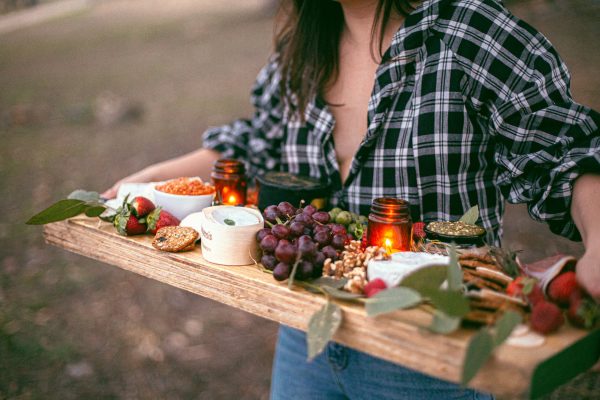 This site uses Akismet to reduce spam. Learn how your comment data is processed.

To many people, eating healthy means eating a salad. However, most salads are not healthy. When you get a salad...